You, Me And Asynchronous JavaScript.

Get Rid Of Async Js Problems Once And For All 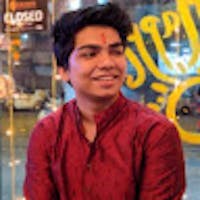 If we run the code above, we have the following logged in the console:

Now let's tweak that a bit so that console.log("two") take longer than the other console logs.

We get the following in the console:

Before continuing with the rest of the blog, it's important to note that JavaScript Functions are first-class objects, and as such, they have the ability to:

The contained function is known as a callback function when it simply accepts another function as an argument. Callback functions are a fundamental functional programming principle that can be found in almost all JavaScript code, whether in basic functions like setInterval, event listening, or when making API calls.

In the above program, there are two functions. While calling the greet() function, two arguments (a string value and a function) are passed. The callMe() function is a callback function. The advantage of using a callback feature is that you can perform another function call after waiting for the outcome of a previous function call.

Have you noticed how the callback is used? When passing the function as a parameter, the following parentheses, (), are not used. Pro tip: The callback function is not executed unless it is called by its containing function, in which case it is called back. As a result, the word "call back function" was coined.

As callback functions, multiple functions can be generated and used independently. Multi-level functions are created as a result of this. When the function tree that has been generated becomes too big, the code may become complicated and difficult to refactor. This is referred to as "callback hell." Consider the following scenario:

For short asynchronous operations, callback functions are useful. This is not considered the best option when dealing with wide collections. Promises were created in response to this challenge in order to make postponed tasks more manageable.

A promise is used to manage an operation's asynchronous outcome. JavaScript is designed to allow other synchronous sections of the code to run without having to wait for an asynchronous block of code to finish. When making API requests to servers, for example, we have no idea if the servers are online or offline, or how long it might take to execute.

The Promise object is generated with the new keyword and contains the promise; this is an executor feature with resolve and reject callbacks. Each of these callbacks, as the names suggest, returns a value, with the reject callback returning an error property.

Using a promise that has been created is relatively straightforward; we chain .then() and .catch() to our Promise like so:

Understanding the concepts of Callbacks, Promises, and Async/Await may be difficult, but we've already seen how they function in JavaScript while performing asynchronous operations.

They're extremely useful when creating API requests and managing events.